News about our authors and books…

Hilary Kaiser Introduces a New Edition of French War Brides: Mademoiselle and the American Soldier.  May 16, 2017.

In preparation for Memorial Day, Hilary Kaiser presented her new book to the Women’s Guild at the American Cathedral in Paris. The event became personal as two members related their experiences with French War Brides. One recently died in America after living there with her family for over fifty years. The other war bride returned to France after she and her husband were divorced.  Hillary’s book includes the stories of fifteen French war brides, who sailed to America seeking a new life following war and devastation.

Paris Noir is the most comprehensive and compelling documentary existing on the remarkable migration of pioneering African Americans to France and the impact both cultures had on each other. 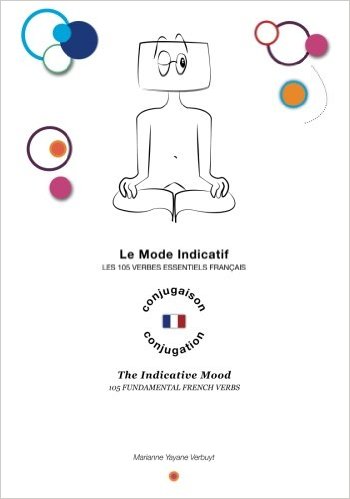 The Indicative Mood: 105 Fundamental French Verbs by Marianne Yayane Verbuyt is a bilingual French-English manual which presents an innovative learning method for those who wish to master the French indicative mood. By classing the verbs in terms of frequency of use, both oral and written, the teacher or student is able to progress logically and at his own rhythm. In order to help English speakers learn the correct French pronunciation, a simple color coding has been applied to signal complex sounds and to indicate silent letters. To reinforce a cumulative learning experience, each new element is subsequently recapitulated through diagrams and tables that show how it is used in the different tenses, as well as how these are formed.

MARIANNE YAYANE VERBUYT is a teacher and educator with a passion for transmitting knowledge. After more than two decades working within some of the most renowned scholastic institutions in Europe and the United States, Marianne decided to apply all of her pedagogical and teaching experience to understanding the mechanisms of learning.

The Paris Writers Press has received an award from the French Ministry of Culture and Communication through the National Book Center, to fund the translation of La Traversée du Livre, a memoir written by the iconic French publisher Jean-Jacques Pauvert (1926 – 2014). The new English translation SADE’S PUBLISHER: A Journey in Books, is scheduled to be available by December 2015. Éditions Viviane Hamy published the original French version in 2004.

In his prize-winning memoir La Traversée du Livre (SADE’S PUBLISHER: A Journey in Books), Jean-Jacques Pauvert recounts in vivid detail, his meteoric rise to the top of the French book world, which started 1942 in the mailroom of Gallimard publishers. By the tender age of twenty, he openly published the banned works of the Marquis de Sade leading to a protracted legal struggle with the French authorities.

A similar firestorm erupted when he published Histoire D’O (The Story of O) in 1954, a daring work by Pauline Reage, a pseudonym used by Dominique Aury. His other authors included Gide, Sartre, Bataille, Genet, Beauvoir and Breton.

Pauvert’s memoir also describes his being arrested and jailed for three months by the Nazis for his role as a courier with the Resistance.

SADE’S PUBLISHER is a captivating story of a young man figuring out how to be a publisher as he went along and an invaluable social history of art, literature, politics, and Parisian life from World War II to the May 1968 revolution.

The winner of the 2005 Elle Magazine Reader’s Grand Prize, the new English edition, SADE’S PUBLISHER, was translated by Lynn Jeffress.

In 2014, approximately 600,000 Euros were allocated for translations. The CNL funds from forty to sixty percent of translation costs. The Paris Writers Press will receive sixty percent, the maximum allocation.

The Paris Writers Press, founded by Mary Duncan in 2011, is a small independent press committed to publishing books, which focus on lingering social and political issues. PWP publishes literary fiction, non-fiction, memoirs and French translations that relate to France.

In collaboration with the Henry Miller Memorial Library, Shakespeare and Company Bookstore, Dorothy’s Gallery and the Paris Writers Press.